Will Tesla Influence The Road Signs Of The Future? 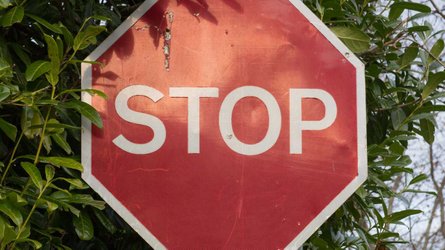 For a long time, Tesla’s all-electric approach was like an itch that traditional automakers couldn’t scratch. Now, after it’s fourth consecutive profitable quarter, with its stock hovering around $1,600 per share, Tesla’s EV leadership stands at the vanguard of the industry. The Silicon Valley company is now the world’s most valuable automaker, prepping for a 5-for-1 stock split, and poised to be included in the S&P 500 index.

And the electric buzz extends beyond the biz. Venture onto social media and you’ll notice that Tesla’s CEO Elon Musk has already left an indelible mark on the Twittersphere. With Musk’s must-see memes and enticing Cybertruck updates, Tesla continues to get a bigger slice of the pop culture pie.

Set aside Musk’s Twitter banter for a moment and you’ll quickly realize that Tesla is making significant changes to the auto sector. And it doesn’t stop at plug-in, self-driving cars.

The car leasing comparison site, LeaseFetcher, had some fun imagining what our future road signs might look like if Tesla continues to impact and influence the future of driving.

Teslas can already tell you where the nearest available Supercharger is and help you plan your route accordingly. And Tesla Supercharger stations are strategically placed (oftentimes) at highway service stops. Okay, but what if you’re driving an electric car from another automaker?

Good news: public charging infrastructure is evolving and it won’t be long before highway signs are able to provide up-to-the-minute info about the number of public charging points available at highway service stations.

In a pinch, with a gas car, you might be able to push the vehicle to a gas station if you run out of gas. With an electric vehicle, the battery pack (typically) makes it too heavy to manually push… and if you physically push an EV, you might risk damaging the motor.

Tesla often has Superchargers, as noted prior, at highway service stops. Hopefully, sooner rather than later, we’ll start seeing emergency public charging stations popping up on the shoulder of the road too. Better to charge there if needed (n a pinch) before having to push anything.

Public charging on highways at service stops and emergency locations could definitely play a significant role in our EV future. That said, looking ahead, we might also see wireless charging roads — a technology that made its debut in South Korea in 2013.

It turns out there’s an already an electrified road in Sweden, just outside Stockholm. It works a bit like a Scalextric track, with cars attaching directly to a rail to charge continuously. It’s an encouraging prototype but will electrified roads actually come to pass? Or is it just another zombie technology that won’t come to fruition?

Elon Musk recently said he believes Tesla will have the capability for full self-driving in place by the end of this year. While that may sound optimistic, Tesla has had years to perfect its algorithms using data gathered from sensors already equipped to its fleet of cars.

Vehicle-to-vehicle (V2V) communication could play a role in the future for autonomous driving. Furiously attempting to squeeze in and out of busy inner city lanes could soon be a thing of the past. Once you’ve entered a vehicle-to-vehicle communication zone, you might just be able to kick back and let the car do the rest.

SIGNAGE FOR AUTONOMOUS DELIVERY VEHICLES ONLY

Although Tesla clearly has an eye towards the future, other automakers are also thinking ahead. Toyota recently announced that they plan to build a prototype town of the future. This included an underground delivery network for autonomous delivery vehicles.

It turns out that Elon Musk’s Boring Company has plans of its own currently underway to construct EV-only underground tunnels. Don’t be surprised if some of these special tunnels were constructed for autonomous delivery purposes too.

There’s no doubt that Tesla’s disruptive approach is transforming the transportation sector and it shows no signs of slowing down.

The tech behind some of these road signs remains hypothetical and varied, but the end goal is the same — to make driving easier and safer for everyone. Maybe something like this could play a small part in Elon Musk’s sci-fi future?

Guest: Dr. Zachary Hodges, President at Northwest College, Houston Community College Dr. Hodges talks about the challenges to public education, the importance of partnerships and what will be needed to move forward in the 21st century. He speaks about the importance...

END_OF_DOCUMENT_TOKEN_TO_BE_REPLACED

The Smithsonian looks toward the "Futures"

A new exhibit at the Smithsonian's Arts and Industries Building, in Washington, D.C., features technology, art, and interactive displays that delve into the many forms that the future may take. Correspondent David Pogue pays a visit. "CBS Sunday Morning" features...

Guest: Dr. Zachary Hodges, President at Northwest College, Houston Community College Dr. Hodges talks about the challenges to public education, the importance of partnerships and what will be needed to move forward in the 21st century. He speaks about the importance...

The Smithsonian looks toward the "Futures"

A new exhibit at the Smithsonian's Arts and Industries Building, in Washington, D.C., features technology, art, and interactive displays that delve into the many forms that the future may take. Correspondent David Pogue pays a visit. "CBS Sunday Morning" features...

#elonmusk #tesla​ ​#cybertruck Elon Musk is the CEO and product architect of Tesla Inc. and the founder of SpaceX. In the year 2003, Tesla was founded. The company's founders recognized the higher fuel efficiency of battery-electric automobiles as an opportunity to...