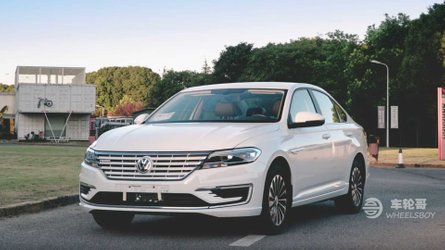 Prior to the MEB-based model offensive, Volkswagen was not very interested in all-electric cars – there were some on the market, but just conversions of ICE models, and usually on a small scale (compliance type).

In China, in particular, the situation was not better. The company showed an electric version of the Lavida compact model in 2010, but the market launch happened years later, around 2018.

The Volkswagen e-Lavida is based on the 3rd generation Lavida (produced by SAIC-VW joint venture), which was the most popular Volkswagen in China with some 500,000 sales in 2019.

We believe that within a few months Volkswagen will step up its EV game in China, and the new MEB-based models (ID.4 to not search far) will finally show the true potential of the company.

The times of compliance EVs are gone and now, after all the multi-billion investments, it’s time to sell hundreds of thousands and then millions of BEVs.

FCA To Join Forces With ENGIE In E-Mobility