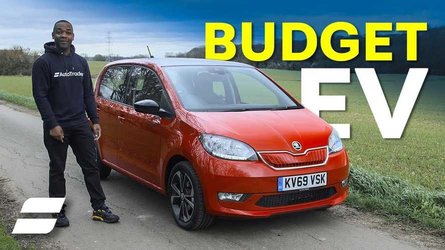 Cheap doesn’t necessarily mean nasty, at least not in the case of the Skoda CITIGOe iV, one of the most affordable electric vehicles currently available in Europe. It costs from just under €20,000, undercutting the VW e-Up! by some €2,000, even though it’s essentially the same car.

There’s also not that much in the way of innovative technology and it doesn’t look especially interesting inside or out. With all of this being said, AutoTrader’s Rory Reid says this vehicle somehow is more than the sum of its parts and in his view it’s actually a very good car.

He appreciates its simplicity, nippy handling and generally speaking the fact that it is an unpretentious means of traveling in an all-electric vehicle. It’s not a car you pose in, to let everybody know that you’re saving the planet, but in blending in with the rest of the cars on the road, it’s all the better for it.

END_OF_DOCUMENT_TOKEN_TO_BE_REPLACED

At Sierra Space, we believe space should be for everyone. And that every country and community has a role to play in scientific innovation and participation in the new economies of the future. Because we believe most of all that even as we grow into a space faring...