Bollinger Motors hasn’t yet begun deliveries of its electric B1 SUV and B2 pickup truck, but on Thursday the company unveiled a third model. It’s an electric delivery van called the Deliver-E, which Bollinger said will start production in 2022.

While it shares powertrain components with the B1 and B2, the Deliver-E doesn’t fit alongside the other two vehicles in terms of styling. Its more modern, streamlined design almost appears closer to that of electric vans from UK-based Arrival than anything from Bollinger’s own lineup.

With loading docks and ramps, it’s also hard to see how such a long, low overhang would be practical.

The Deliver-E will only be available with front-wheel drive, but Bollinger said it would offer multiple wheelbase lengths and gross vehicle weight ratings (GVWR), including Classes 2B, 3, 4, and 5. 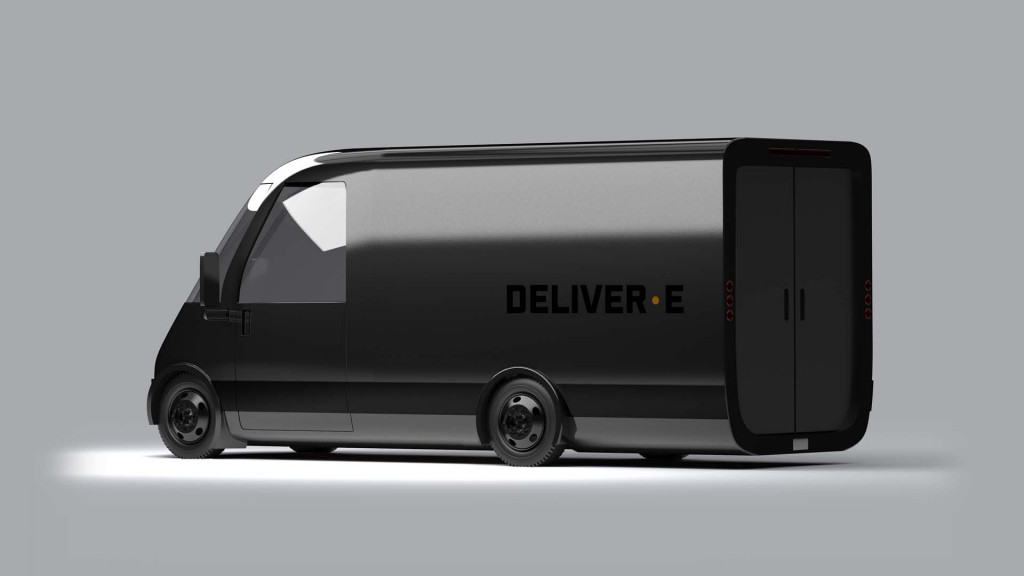 Bollinger has teased the commercial potential of its truck chassis, so this is potentially the next step in its plans for commercial vehicles.

It’s also shown a series of work-truck layouts afforded by its chassis, using a B2 pickup cab.

But Bollinger said the Deliver-E is built on a different, van-specific, platform—without offering much detail.

The company has demonstrated some innovative packaging with its B1 and B2 models, including a pass-through running the length of the vehicle, but this van just appears to make room for a whole lot of space, uninterrupted by driveshafts, fuel tanks, and exhaust systems.

Bollinger’s trucks will be engineered in-house, but manufactured under contract by another partner, not yet announced. The company previously said customer deliveries of the B1 and B2 would start in early 2021.