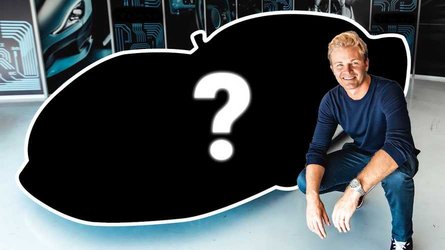 Even though Nico Rosberg retired from F1 in 2016 when he won his first and only world title, he is still in the public eye thanks to his own YouTube channel where he recently revealed his brand new hypercar – the all-electric Rimac C_Two. He recently uploaded a video where he confirmed he had bought one, making him one of just 150 lucky people around the world to do so.

He ordered the car in early 2019, after he met with Rimac company founder, Mate, who showed him around a prototype and explained what it was about. Nico recently visited the factory where the car is being assembled in order to go over various customization options. However, he isn’t going to get the car this year because due to the COVID-19 pandemic Rimac has had to push back customer deliveries of the C_Two to 2021.

And since Nico isn’t your typical car buyer, Rimac actually put out a press release about him buying the C_Two. It quotes company founder and CEO, Mate Rimac, as saying

“For us, it’s an honor that Nico chose to become a part of the Rimac Automobili family. Nico is a great guy through and through – as a driver, sustainability entrepreneur, tech lover and future-focused individual, he understands exactly what we want to achieve with the C_Two; simply, that we want to set new standards for performance by using advanced electric technology developed entirely in-house here at Rimac Automobili. The car we have created is built almost from the ground up by the team here in Croatia. And to have one of the world’s best drivers give us the ultimate seal of approval on that design and engineering by buying one is an amazing feeling.”

But why is the C_Two so special? Well, it’s a fully-electric vehicle, designed from the ground up with this type of power in mind. It is ludicrously quick (sprinting to 60 mph in under 2 seconds from standstill and to 100 mph in 4.3 seconds) and it has a claimed top speed of 258 mph (415 km/h). We can’t wait to see one driven to extract its full potential and Nico is just the guy to do it, with all his racing background.

END_OF_DOCUMENT_TOKEN_TO_BE_REPLACED

People always strive for comfort. Which led to the invention of machines that could do our job in a much shorter time and efficiently. As you know, the turning point was the 20th century, during this period the main machines were created and later developed over time....