The positive news is that after 12 negative months, finally, the New Energy Vehicle segment is growing too.

The China Association of Automobile Manufacturers (CAAM) reports that the passenger plug-in cars (we assume FCVs are marginal in the NEVs category) were up 28.7% year-over-year, although the commercial plug-ins were still down 30.1% year-over-year.

The New Energy Vehicle (NEV) production and sales numbers for passenger cars and commercial vehicles like trucks/buses are as follows:

* some data on the chart are estimated

Sales of Automobiles in July 2020 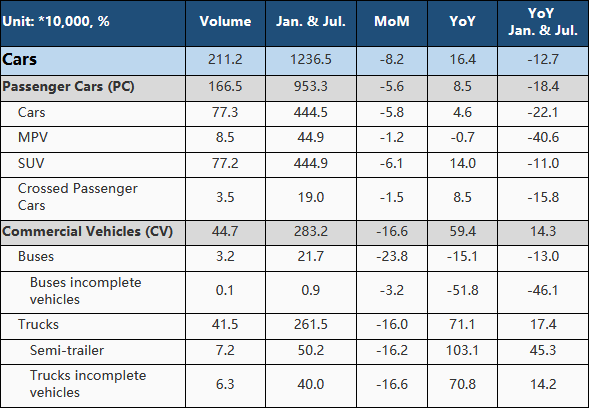 According to Moneyball, considering all the brands, SAIC was the biggest New Energy Vehicle manufacturer in China as of July with 20,387 units made.