On February 6, we told you some units of the Tesla Model 3 were presenting creaks and pops on the front suspension. The cause was loose bolts. While some checked their cars, others preferred to say that was no big deal. Sadly, that was not enough for Tesla to take extra care with suspension components: a TMC forum thread reports two cases of missing nuts in the lower ball joint in the Model Y.

The thread was started by the user RoyalDoveMY. He said he noticed his brand new electric CUV had the top of the front right tire weirdly pointing inwards. When he decided to take a look at the suspension, he saw a nut was missing and asked people to check their vehicles as well. The TMC forum user also thought it was a tie rod nut, but BreatheEasier corrected him and said it was the lower ball joint. 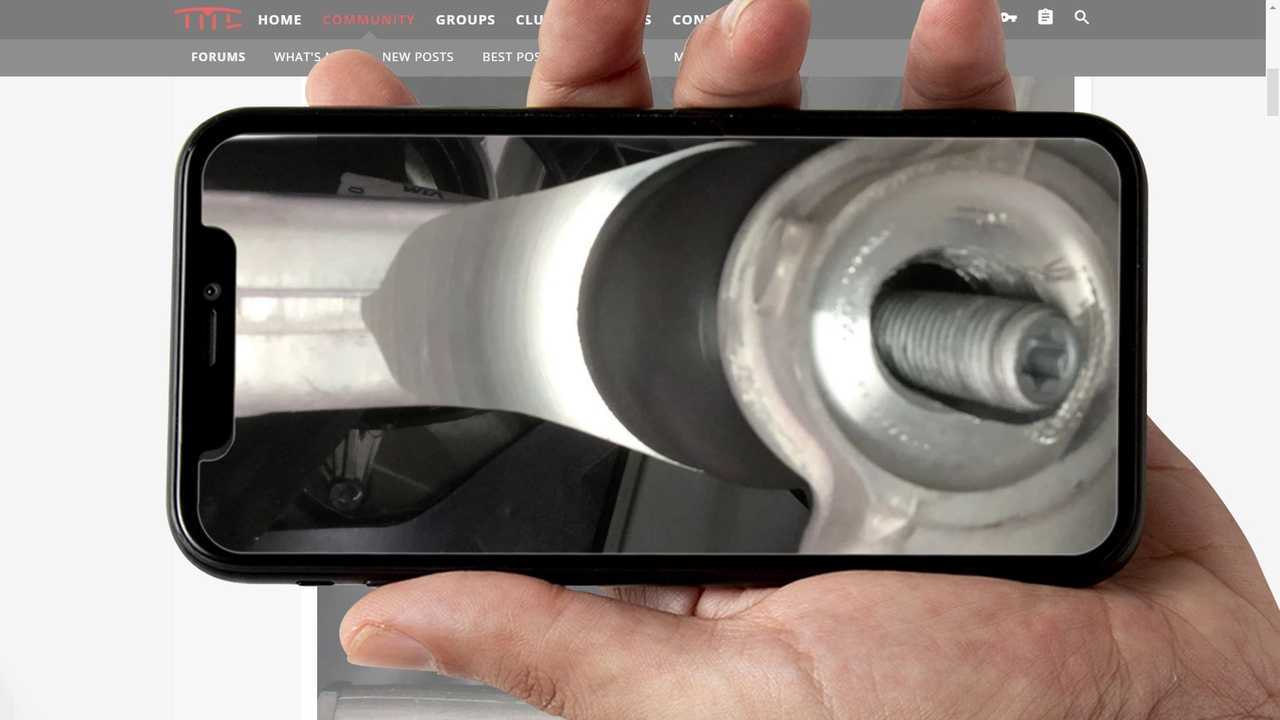 It did not take long for another user, Nukef16, to realize his car also did not have that nut as well. He felt he should check because of “popping/lurching” he heard when turning the wheel hard at low speeds. That’s what the Model 3 owners we wrote about in February were also complaining about.

Not by chance, user Destructure00 said his Model 3 had the same issue, but that he was able to check it and tighten the nut before his car lost it. That situation was reported in a previous TMC forum thread.

The commenters that feared the car already came without the nuts examined the pictures and concluded they were initially there, but fell off with time. What is weird is that RoyalDoveMY’s EV is “barely a month old” (VIN 0307xx) and that the Tesla Service Center of Nukef16 did not bother to check his car’s suspension because they could not hear the noise he reported.

While some commenters asked RoyalDoveMY to report that to NHTSA immediately, others downplayed the situation by saying that it happens to any automaker. Some even said it was a shame people were able to post pictures in forums to ruin the company’s reputation. In RoyalDoveMY’s rescue, other forum members said they preferred to learn about potential issues before they could cause any more serious damage.

The bottom line is that Tesla vehicles still seem to be getting out of the factory without proper torque in key safety components such as the low ball joint nut. That turns this suspension issue into way more than just an aesthetical concern. This is a safety matter that Tesla needs to address as quickly as possible.

While RoyalDoveMY and Nukef16 were able to spot this before any accidents happened, Mena Massoud, the actor that played Alladin on the namesake Disney movie, claims his Model 3 had an accident because the right front wheel of his car ejected.

What we suggest to any Model 3 or Model Y owner is that they check the front suspension if they suspect anything is wrong with it, either due to noises or to the way the wheels look. If you do that and realize there is a problem with your car, take a picture and send it to contact@insideevs.com or our Facebook page.