Are Oil Companies Against The Switch To An Electric Car World? 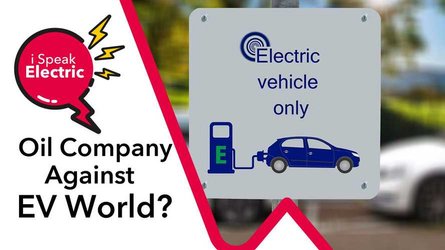 Over the last century, oil has shaped both our lives and the world we live in, so is a trillion-dollar industry that has never really been challenged prepared to embrace a new world of electric vehicles and renewable energy? Allow the VOX Network to explain.

We have never known a time where the world did not covet oil. The abundance, energy density and fluidity of this so-called ‘black gold’ has made it an easy choice for powering everything from cars to ships to planes; even our heating. According to the Energy Administration Association, it is estimated that 80m barrels of oil are produced each day. Oil has brought astronomical wealth to both companies and countries, particularly in the middle east where five of the oil-producing nations now belong to the 25 wealthiest countries in the world.

Yet thanks to initiatives such as the 2015 Paris Climate Conference where, for the first time ever, 195 countries signed a legally binding agreement to reduce climate emissions, oil companies are under increasing pressure. Not just to reduce their substantial carbon emissions; but to leave oil in the ground altogether, in favor of cleaner, renewable energy.

Unsurprisingly, oil companies aren’t ready to ditch the dirty fossil fuels that made them rich, just yet. For the sake of their shareholders, they’re reluctant to lose the trillions of dollars that have been invested in oil mining, extraction and refining, while oil-producing nations don’t like the idea of a power reshuffle either.

It’s why oil companies are so invested in political lobbying, and why their recent PR offensives have often been labeled as ‘greenwashing’.

Take BP, for example, a public limited company that can trace its origins back to the Anglo-Persian oil company of 1908. Today, BP is one of the world’s seven oil and gas ‘super-majors’ and is responsible for producing 3.8m barrels of oil per day. In a recent announcement, BP committed to cutting its oil and gas output by a staggering 40 percent by 2030. Yet by cutting, the company is actually ‘selling’ some of its less profitable oil and gas fields to other producers, resulting in very little shift in output or global emissions.

BP has also said it wants to ramp up its annual low-carbon investment from $500 million in 2019 to $5 billion by 2030. It’s a substantial increase until you realize that BP is investing $70bn in its fossil fuel and non-renewable energy operations over the next FIVE years.

BP has also conducted successful lobbying of the Trump administration to open up Alaska’s nature reserves to oil drilling and continues its partnership with Russian oil producer, Rosneft, a company notorious for drilling in the Arctic region. And BP isn’t alone…

It’s clear that the switch from yesterday’s energy system to tomorrow’s is loaded with business opportunities, but until big oil is encouraged to accelerate this transition – either through tough government policy that constrains fossil fuel supply, or by consumers pushing for more green supply and switching from ICE vehicles to EVs – then oil companies will continue to produce oil with a desire to demonstrate shareholder value.