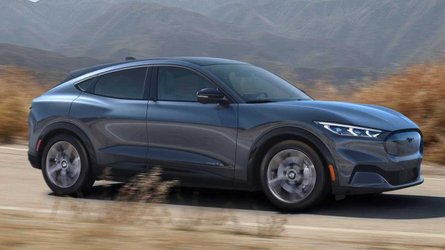 Several recent announcements from Ford – as well as the governor of California – are simply incorrect, and it’s because the company is acting as if Tesla either doesn’t exist or isn’t an American automaker. Hopefully, Ford and the governor just made some mistakes and will correct them, but at this point, its press release and several social media posts still stand to be corrected.

As you can see from the video above, this clearly set off Tesla fan and owner Jeremy Judkins. However, let’s take our own look at it here. This week, during a press conference, California Governor Gavin Newsom called Ford the leader in the EV space. Ford COO Jim Farley also tweeted that Ford is the only automaker standing behind California in terms of its reduced greenhouse gas initiative. For those unaware, California now plans to ban new gas car sales by 2035.

Meanwhile, Tesla is an American automaker, the leader in the EV space, and the only company mass-producing EVs, not to mention dominating California’s EV sales. The Silicon Valley automaker also pledged its support to California publically, long before Ford. Other companies have also already pledged to stand with California.

To make things worse, several tweets have been published and shared since the press conference and Ford’s official press release. One such tweet says that the Ford Mustang Mach-E GT will have a 3.7-second zero-to-100kph time, which it said will be the fastest vehicle in its class. However, the Tesla Model Y Performance has the same 0-100kph time.

Ford also talked about an impressive “segment-leading” range figure of 610km (379 miles) on a single charge. However, this is a “targeted” WLTP range, which means it hasn’t been officially testes, and WLTP range is very different than EPA range. In addition, Ford went so far as to say it’s delivering North America’s largest charging network.

Let us know what you think of all this in the comment section below.

Harvesters Are Back At The Tesla Giga Berlin For More Clearing

The Hoverboard Kid (Spiro and Pro)