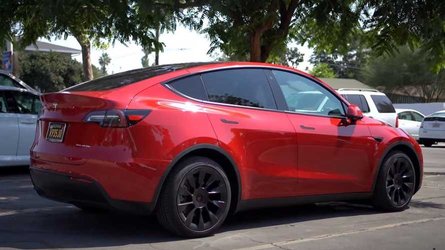 How can all these Tesla fans love their cars so much when they seem to hate so many things? You have to dive in a bit to understand. Just like all vehicles, Teslas are far from perfect. However, when there’s a love/hate relationship, you have to decide if the pros outweigh the cons. If it’s the other way around, then you have a problem.

Tesla owner and YouTube influencer Ryan Shaw has had his new Tesla Model Y for some time now. He’s definitely had it long enough to decide he loves the all-electric crossover, but we assume he had already decided that before he bought it. He’s also had it long enough to be able to agree with the many complaints out there about the car, as well as form some of his own opinions about what really rubs him the wrong way.

Why are Tesla fans like Shaw joining the bandwagon and reporting about what they dislike about Tesla and their Tesla vehicles? While it’s hard to know for sure, we can say we remember a time when Tesla YouTubers would rave about the vehicles so much, call them perfect, and perhaps even work to pump the company’s stock, rack up referrals, and protect Tesla from the horrible stories that detractors were spreading.

However, today, Tesla is in really good shape. The days of speculation of bankruptcy and utter failure seem to be behind us. If someone like Ryan Shaw wants to be respected for his Tesla reporting and for his opinions, he needs to share the good and the bad. In addition, when Tesla fans report about these issues, it may encourage Tesla to take notice and fix them.

If you’re thinking about buying a Tesla, you need to know the truth. You can’t simply rely on glowing reports from Tesla fans, and you can’t trust all the negativity from haters and the media. It’s important to take it all in before making a decision.

Even though Shaw has 17 things he hates about the Model Y, they don’t change his overall opinion of the car. Is that true for you as well?

Check out his list of “hates” to learn if any of them would be a major issue for you. This way, if these concerns don’t bother you, you can move forward with buying a Tesla. If they will be a problem for you, then save yourself the hassle and shop for a different car.

Tesla Cars Among Highest-Quality Vehicles Made In China: J.D. Power