Saving money over time on an EV versus an ICE vehicle is a known fact. The EV may be more expensive to buy, but once you buy it, there is less maintenance to do and electricity is cheaper than liquid fuel and there’s also the question of depreciation. Even so, do you actually end up spending less on something electric over time, or does it still not balance out?

Consumer Reports (CR) set out to answer just this and their findings suggest that an EV is indeed cheaper in the long run. Basically, they found that, on average, fuel savings can amount to $4,700 in the first seven years of a car’s life (between $700 and $1,000 per annum). When also considering other associated costs, savings over the vehicle’s life range between $6,000 to $10,000 depending on various factors. 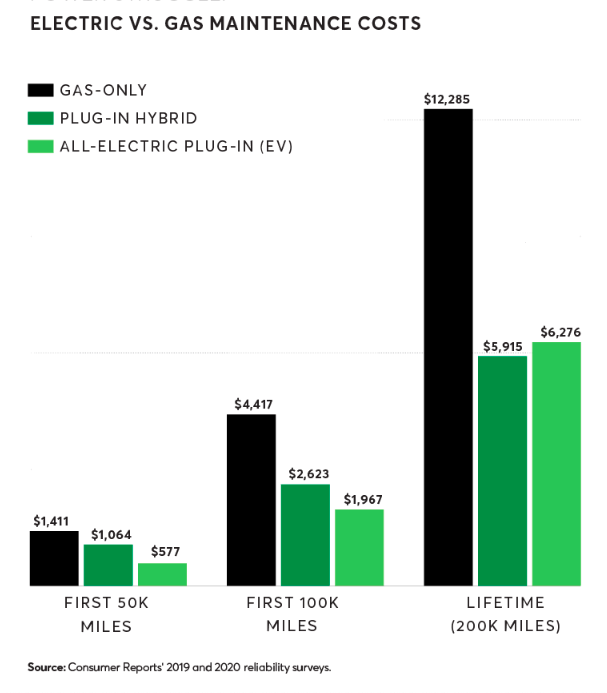 One important factor is the difference between the electric car and an equivalent ICE vehicle. The source exemplifies this by comparing a Tesla Model 3 and an Audi A4 (priced around $2,000 lower than the Tesla) – CR found that the Model 3 will end up costing its owner around $17,000 less after 200,000 miles.

And you can still save if you get a cheaper car too. Chevrolet’s Bolt is $8,000 more expensive than a Hyundai Elantra, yet the former will be around $15,000 less expensive to run over the same 200,000 miles. This study’s leader, Chris Harto who CR’s senior policy analyst for transportation and energy, explains

‘ No matter how you look at it, the massive lifetime savings potential of EVs could be a game changer for consumers. As battery prices and technology improve, prices come down, and more attractive models hit the market, it’s only going to get better. ‘

Regarding depreciation, the CR study says that the newest crop of long-range EVs are doing a much better job of holding their value. How well they retain value is also dependent on their badge and features, as with any car.

Ford Mustang Mach-E Deliveries In The U.S. Are Underway

Don’t Believe The Skeptics, The Audi e-tron Is A Fantastic Road Trip EV