Mercedes-Benz’ sales results in the third quarter of 2020 reveal some progress in the plug-in segment.

The German manufacturer announced that Q3 was the very first quarter when Mercedes-Benz xEV passenger car sales exceeded 10,000 units monthly. We don’t know the precise number and how much above the 10,000 mark it was, but it’s great that the numbers are growing. Hopefully, xEV does not include conventional hybrids.

“From July to September, we had the first quarter so far with more than 10,000 xEVs delivered monthly by Mercedes-Benz Cars. The high demand for the electrified models has been sustained, especially in Europe.”

Since the overall Mercedes-Benz Cars noted 625,675 sales (up 3.9% year-over-year), xEV share must be no lower than 4.8%. Let’s hope it will quickly increase from now. It’s surely possible, as BMW is at over 8% globally.

The order backlog currently is over 2,000, which gives us glimpses of what to expect in the near future.

“In the past three months, we delivered almost 800 all-electric vans from Mercedes-Benz to customers and received further major orders for more than 2,000 of our e-vehicles. We are convinced that our products will play a significant role in shaping the next stage of transportation and in making it more sustainable in the long term.”

We are not sure how well the smart EVs are selling, but the manufacturer wrote that the switch to BEVs resulted in volume collapse by 56.6% year-over-year in Q3 to 11,905 and by nearly 75% year-over-year to 22,006 YTD. We guess that most/nearly all of those were BEVs.

“At the smart brand, global unit sales were still below the previous year’s level due to the changeover to purely battery-electric drive; a total of 22,006 two- and four-door urban microcars were handed over to customers in the first nine months of the year (-74.9%).” 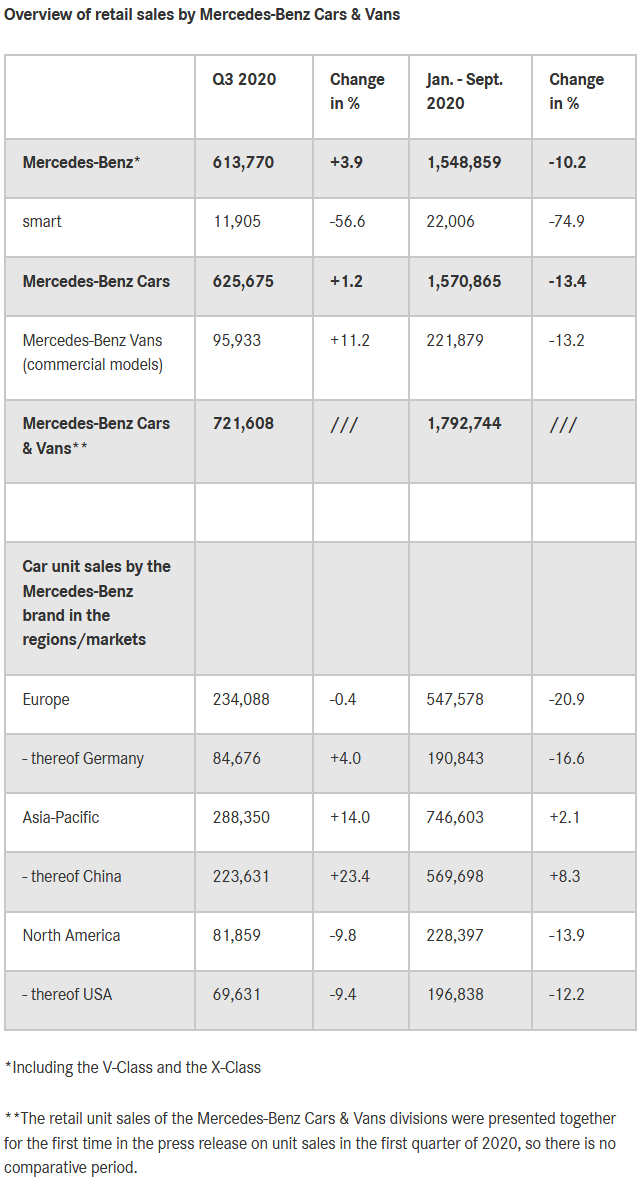 Tesla’s Development Is ‘Astonishing’ According To German Auto Report

Better means of transportation in our country will strengthen our resolve for self-reliance: PM

PM Modi inaugurated key railway and metro projects in Hooghly, West Bengal. Addressing the public at the event, the Prime

CNET How To – Mirror your Android device's screen with Miracast