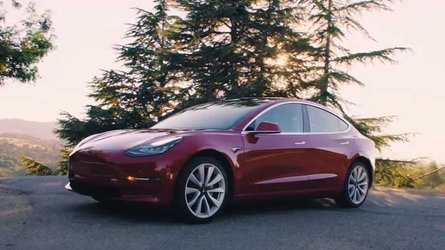 Tesla owner and YouTube influencer Cleanerwatt provides a detailed analysis of what it could cost you to own a Tesla Model 3 over the typical three-year period, with 15,000 miles per year on the odometer.

We’ve covered many of Cleanerwatt’s cost-of-ownership videos. Some people give him a hard time since he estimates important data, such as depreciation. We’d like to say that if he’s comparing models that haven’t yet come to market, he has no other choice here. Fortunately, he does his homework, provides useful comparisons for context, and has a formula that works. In addition, he provides consistent charts that are easy to read and understand.

In this case, all the data is available, since the Tesla Model 3 has been sold for several years, and Cleanerwatt has been keeping track. In most cases, with new EVs coming to market, and sales few and far between, some of the data is simply unavailable.

We’ve learned that it’s hard to convince people to consider a car’s cost of ownership rather than its starting price. People want to know exactly how much money is coming out of their bank account at the time of purchase, as well as every month going forward. This makes perfect sense since many people keep track of a budget.

With that said, there have been many reports of what has been called “the Tesla stretch.” Essentially, the media has said that people are buying Teslas even though they really can’t afford them. However, that may not be true in all cases. If you look at a car’s overall cost to own and factor that into your long-term budget, you should have a much better idea if you can afford the car. While the monthly payment is one thing, looking at how much you will save over time compared to another vehicle paints a true picture that’s better for your budget over time.

As many of you are already aware, EVs are cheaper to own than gas cars. In some cases, the total cost of an EV can be significantly less than that of a gas car that has a much lower starting price. Check out the video for details on down payment, finance cost, tax, maintenance, energy cost, insurance, depreciation, and incentives. Then, leave us a comment below.

What Will It Take For Tesla To Break Through To Mainstream Buyers?