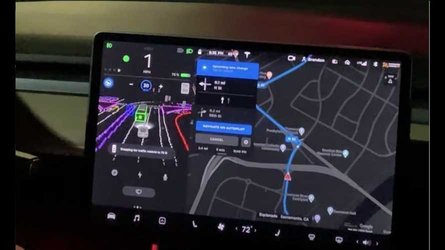 Tesla hasn’t really released any information to the public about details surrounding its Full Self-Driving (FSD) Beta program, which isn’t actually full self-driving technology. This podcast interview finally answers some of our questions.

We do know that the automaker is releasing the beta software update to a small group of “safe” drivers. Initially, it seemed the group was very small, but it’s clearly growing. We’ve watched and shared several videos of the technology in action, and we’ve seen testers “report” information to Tesla. We also know that Tesla is uploading massive amounts of data from at least some, if not all, of the drivers’ cars.

Tesla Full Self-Driving Beta tester Rafeal Santoni (known in the community as TesLatino) recently appeared on The Tesla Life show podcast to talk in detail about the beta testing in general, how he was selected for the task, what the NDA is like, how the updates work, reporting issues to Tesla, and more. It’s essentially an open discussion and interview, and the first of its kind that we’re aware of as far as Tesla FSD Beta testers are concerned.

We’re not here to transcribe the hour-long podcast for you, but we felt compelled to share it. There’s a whole lot of interesting information to take in and digest. We suggest carving out some time, kicking back, getting out the popcorn (or your favorite snack food), and checking out the podcast while you wait for the upcoming election results.

Once you’ve watched it, drop us a line below. In the meantime, we’d still like to hear from you about your overall impression of Tesla’s FSD Beta technology thus far. Can Tesla succeed with this process as it stands? Will we have robotaxis in the near future?