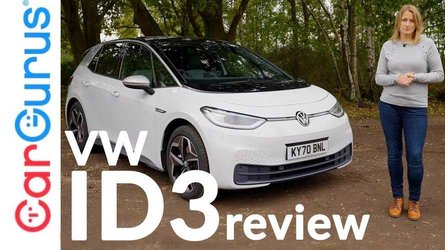 CarGurus UK says the all-new Volkswagen ID.3 electric car is certainly one of the most important vehicles launched in 2020. What makes this especially true is that it adds a compelling, mainstream electric car to Volkswagen‘s lineup. However, despite its importance in the grand scheme of things, does it have what it takes to compete with current EV rivals?

The publication makes reference to global ID.3 rivals from the likes of Kia, Hyundai, Peugeot, and even Tesla. What about the Nissan LEAF and Chevrolet Bolt EV? Clearly, there are several electric vehicles already competing in the space.

The number of rivals is smaller on our shores, but sadly, we’re not getting the ID.3. at least not for a long time, if ever. This question will present itself once again as the VW ID.4 electric crossover makes its way to the States. In other parts of the world, many EVs sell very well, and they’re not just Teslas.

For the ID.3 to really make waves, it will have to convince people that it’s better in more ways than one. First and foremost, pricing is key, and VW is already poised to win in that race. The ID.3 has also already proven itself in crash test ratings.

Let’s take a brief look at its specs. The ID.3 is similar to the VW Golf, but it has interior space comparable to that of the Passat. It will be offered with 45 kWh, 58 kWh, and 77 kWh battery packs. With its smallest pack, VW says the ID.3 will have about 200 miles of range. The largest pack could offer about 340 miles of range.

Check out the video for more in-depth details and test-drive takeaways. Then, leave us your opinion of the Volkswagen ID.3 in the comment section below.