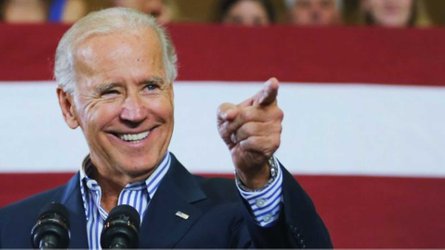 If and when Democrat Joe Biden officially takes charge as the 46th president of the United States, we could be looking at big changes that will not only work to help our environment, but also promote electric cars and many forms of green energy.

Biden has already made it clear that he’s a fan of electric cars and he wants to move back to tighter emissions requirements. In addition, he has plans to extend and increase incentives for EV buyers. Moreover, the upcoming president has plans to build out charging infrastructure to make EV ownership more viable.

Biden still has to wait a few months to take office. Once he’s in the hot seat, COVID-19 will be at the top of his list. However, his future plans for rejoining the Paris Climate Accord and diving headfirst into green energy initiatives shouldn’t be far behind, though he’ll probably receive contention from Congress.

According to some conservatives, Biden will destroy manufacturing and the U.S. economy. However, the future president has made it clear that’s not the case. He supports manufacturing and he knows it’s the backbone of America, and this is especially true of the automotive industry. For this reason, he plans to expand it. Part of the plans for expansion will include a gradual transition to new forms of energy, as well as electric vehicles. A Biden spokesperson explained:

Biden’s plans to make this happen will be focused on higher fuel economy standards and promoting EV adoption. He says he’ll invest in 500,000 electric vehicle charging stations and provide cash vouchers to people who trade in a gas car to switch to electric. This is all part of a proposed $2 trillion climate agenda.

In many other parts of the world, EV adoption is increasing at a much stronger rate than it is in the States. This is typically due to government support of the technology. Biden wants the U.S. on board with such support. Sadly, many the U.S. Senators aren’t very supportive of such efforts, so we’ll have to wait and see how long it takes to encourage change and how much Biden is able to get done over time.