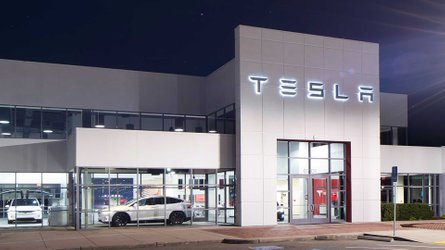 This week, House lawmakers in Michigan appear to have eliminated language from a bill that would make Tesla exempt from parts of Michigan’s direct sales ban on vehicles. It seems the House’s language is intended to go against Tesla’s January deal with Michigan, which allows the electric automaker to runs its own vehicle repair and service centers in the state.

According to The Detroit News, if the legislation is passed by the Senate and signed by the governor, it will counteract at least parts of the January 2020 deal between Tesla and Michigan’s Democratic attorney general and secretary of state. The article states:

“House bill 6233 initially included language that enshrined in law the terms of an agreement between the state and electric car company Tesla Inc., but that language was struck in an amendment approved by the state House Wednesday evening shortly before the chamber voted.

It is not clear why the Tesla-specific language and other provisions of the legislation were excluded.”

The January settlement allowed Tesla to sell its cars in Michigan so long as the official sale (on paper) took place elsewhere. It also allowed Tesla to own and operate repair shops through a subsidiary named ‘Tesla Michigan.’ Since then, Michigan lawmakers have made it clear that upcoming electric car startups like Rivian and Lucid won’t get the same deal. Now, it looks like Tesla’s deal is in jeopardy as well.

Prior to the agreement, Michigan-based prospective Tesla owners had to drive out of state to buy a Tesla vehicle. In addition, they had to leave the state to have their car serviced.

It will be interesting to see what the Senate has to say about the proposed changes. Even more interesting will be Governor Whitmer’s take. She’s a Democrat and openly addresses climate change issues and the need for “green” energy.

However, in a time when the economy is a mess, many people are losing their jobs, and the Detroit automakers are struggling, it may be difficult to prioritize language that creates competition and helps an out-of-state automaker increase sales. With that said, it’s important to note that people who live in Michigan and want to buy a Tesla can and will do so. This won’t be a deterrent to those folks as much as it will be an unnecessary inconvenience.

This is a developing story. Sources following the development are updating information, and it seems details are still somewhat unclear. When more information becomes available, we’ll update this article.