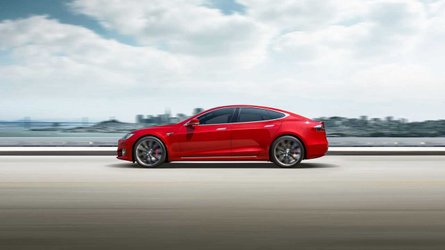 Johnson made several assertions which, to those of us who are pro-Tesla, seemed quite out of whack. I want to briefly give my reaction to just two of the points that he preached. He inferred that there was a lack of EV demand. He also raised the old bear banner of competition, competition, competition.

Johnson asserted that EVs are not a disruptive technology. He pointed to the global market share of EVs in 2019 as about 1.7%. By stating this he implied that there is very limited demand for EVs. This same song has been sung by EV bears for a good many years now. He is looking in the rearview mirror and erroneously forecasting the future from the past.

AAA, the automotive service organization, has surveyed its members about their interest in EVs.(2) While there are some concerns, AAA estimates that some 40 million American automobile owners have some level of interest in owning an EV. Even if only one in four of those respondents have a strong interest that still leaves upwards of 10,000,000 American car buyers who are likely to buy an EV in the coming years. Let’s be conservative and spread those purchases over a ten year period. That’s at least one million EVs a year that could be sold in the US alone.

Who is stepping up to fulfill this demand? To date, it certainly has not been the legacy automakers. Historically, not only have legacy automakers made EVs that were less desirable but they have also limited the number of EVs that they are willing to make. Eric Noble of The Car Lab is on record as giving his opinion that EVs are “ALL compliance cars” and “I don’t think there’s a manufacturer out there that would do an EV if they didn’t have to.” (3) To date, it appears that his assessment of legacy automakers has been correct.

To stretch an analogy that Johnson’s used, it’s like a refreshment stand that sells bottled water and lemonade. However, the stand owner only makes two containers of lemonade for every 98 bottles of water sold, and those are hidden below the counter. Then the owner states that “clearly there is a low demand for lemonade.” Now, while this has seemed the case to date, I do believe that change is coming and things will be different in the future.

Johnson rehashes the old fallacious, error-fraught refrain which we’ve been hearing from Tesla bears for quite some time now. He touted that the competition is coming and that they will dominate Tesla. They will slam Tesla’s market share. His implication is that Tesla auto sales will fall off a cliff. We’ve heard this argument so many times. It makes me think of Chicken Little’s warning of impending doom that doesn’t exist. This argument is error-prone for two reasons.

The first fallacy is the assumption that legacy automakers WANT to make EVs. They don’t. Eric Noble’s comment highlights this. Legacy automakers have largely made EVs because they’ve had to. Whether by governmental mandate or, as is becoming the case, to survive in an ever-increasing EV centric world, they build and sell the minimum number of EVs that they believe they can get away with. (I understand that there are complex reasons for this. This is not an article to address that.)

I’ll go out on a limb and guess that even VW will be making millions of EVs not so much because they’re enamored with EVs right now, but rather to try and change their image and because they see the need to compete in that space. It is vital to their survival.

This is not to say that everybody at legacy automakers is against producing EVs. We can suppose that Tom Moloughney’s experience with BMW holds true with other automakers. He has explained that from his past interactions with folks at BMW he found “there are camps that are pro-ev adoption and there are also those that don’t believe the market is quite yet right so they’re holding back a bit. It’s an internal struggle that slows down the pace that these companies transition to EVs. … this lingering debate doesn’t allow them to move forward rapidly and get vehicles to market quickly.”

Legacy automakers have lacked the unified consensus to go all in and push their EV programs to the next level today. This organizational dysfunctionality has in many cases hampered their EV programs. As Tom says “I think all of the companies understand that electric is the future but they are not willing to invest billions of dollars into it today when they think that they won’t be selling many EVs for another five to seven years.”

The second incorrect assumption in this argument is the implied idea that Tesla’s overall auto sales will plummet. I do expect that legacy automakers will eventually significantly increase the number of desirable EVs that they produce and sell. However, even if they do, this does not mean that Tesla will be on the outs.

To date, Tesla sells all the EVs that it can make. In fact, Tesla CFO Zach Kirkhorn explained on the last quarterly earnings call that Tesla must prioritize where in the world they send the EVs that they produce. There aren’t enough to go around.

When Rob heard Mr. Johson say that the competition is coming, it is no surprise that Rob laughed and said, “Well, competition has been coming for a decade now.” Competition or not, Tesla will continue to grow and expand, at least in the near term.

I always enjoy Rob’s program whenever I tune in. He was very brave and daring to host Mr. Johnson. For all his Tesla blunders Johnson has good “stage presence.” Having opposing opinions is both natural and healthy. Opposition can help an organization keep on its toes and in check.  However, I can’t help but wonder why Johnson has such an extreme anti-Tesla stance. I would think that being an extreme anti-Tesla bear is becoming very difficult. Personally, I feel very confident in Tesla’s near term future. It is fulfilling its stated mission.

What do you think? How long before EV’s dominate the automotive world? Does Tesla have to fret about the coming competition? Are any of the Tesla bears right?

Watch The Most Fascinating Tesla Full Self-Driving Video To Date