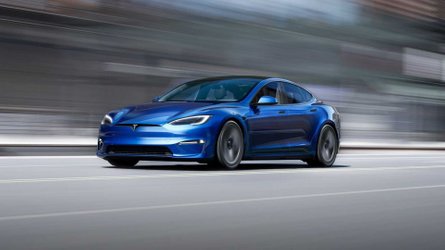 Many new, compelling EVs are coming to market. And, while Tesla has a clear edge in many peoples’ opinions, that doesn’t mean they’re willing to ignore all the competing vehicles and just remain loyal to Tesla. It also doesn’t mean they won’t follow through with buying a Tesla, but doing their homework and keeping their options open is simply a wise decision.

Keep in mind, some of these respondents likely already own a Tesla. Will they buy another, add a non-Tesla to their fleet, or get rid of their Tesla completely? We’ll have to wait and see how this all plays out. J.D. Power’s senior director of automotive retail Stewart Stropp shared:

“One could argue this indicates that, while Tesla’s appeal is clearly formidable, it’s not absolute and could be displaced by a worthy alternative.”

The study also substantiates the obvious: People who have driven, owned, or even gone for a ride in an EV are more likely to buy one. 46% of people who already owned or leased an electric car said they’ll almost certainly buy another. Meanwhile, only 6% of respondents aren’t very likely to get another EV.

The study further indicates that the same shoppers may be interested in a traditional hybrid or plug-in hybrid electric vehicle (PHEV). In fact, 41% said they might choose either configuration over the next two to four years. 27% of respondents said they may move forward with a fully electric car over the same period of time.

As many more EVs begin to come to market, people will have to carefully weigh the options. Are you a Tesla owner? If so, are you considering a non-Tesla EV in the near future?

It’s Not The Porsche Taycan For The Masses

I stole Nought's HOVERBOARD in GTA 5!!

Microplastic pollution from vehicle tires is a serious global issue