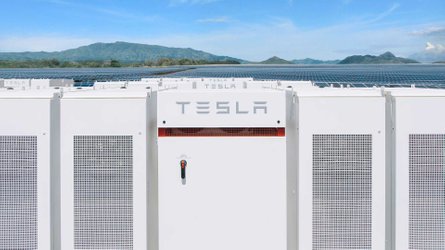 Our first questions as soon as we learned about Texas’ widespread power outages earlier this year were, “What is the state’s current ‘green energy’ situation?” and “What can Tesla do to help?”

Since Tesla CEO Elon Musk just moved to Texas, and the automaker is building a new factory there, it only makes sense that the company would attempt to involve itself in helping to “fix” the grid situation in the state.

Interestingly, Musk didn’t say much about the situation on his social media channels, though he did call out the Electric Reliability Council of Texas (ERCOT). His short message brought attention to ERCOT’s lack of reliability.

We never heard anything about Musk facing a power outage himself, or about Tesla jumping in to assess and address the catastrophe. What we did hear were some politicians actually blaming green energy for the outage, though that was mostly proven to be a false narrative almost immediately. In reply to the tweet above, pankaj vohra (@someone3201) asked Musk about a potential battery storage facility for Texas. Musk quickly replied, “Yes.”

Now, we’ve learned that Tesla is actually planning for the future in Texas. It has already started quietly working with subsidiary Gambit Energy Storage LLC to build a 100MW battery storage facility in Angelton, Texas. The battery storage system, which will be located 40 miles south of Houston, will actually connect to the grid that recently failed.

While Tesla is handling these efforts through a subsidiary, it’s still the first news we’ve heard of the electric automaker’s involvement in Texas’ future energy strategy. For unknown reasons that are yet to be exposed, it’s increasingly clear Tesla’s involvement here is somewhat of a secret. In fact, equipment at the site is hidden, and people trying to report on the situation have been “discouraged,” according to reports from Teslarati and others.

Despite what seem to be efforts to keep the project under wraps, Bloomberg discovered Tesla logos on equipment, along with documents related to the project. It’s important to note that the Gambit battery storage system is registered with ERCOT, so perhaps company leaders and/or Texas politicians took note of Musk’s earlier tweet.

Discover The Evolution Of EV Architecture

Learning how to hoverboard

How to ride a hoverboard!!!!