Merida Silex 700 review: A budget alloy gravel bike that punches above its weight

Merida is among the biggest bike manufacturers in the world and the Silex is the brand’s gravel bike platform with different variants covering all price points in both the human-powered and electric powered segments. The Merida Silex 700 sits as the fourth most expensive in the non-motorised range, and is positioned as the best-specced aluminium option at £2,000.

It piqued our interest as a contender for our roundup of the best budget gravel bikes, and just about creeps into contention for our guide for best gravel bikes under £2000. We’ve previously been impressed with both the top-tier Silex+ 8000-E carbon version and the eSilex+ 600 electric gravel bike, so we decided to get our hands on the Silex 700 to see how it fared.

Having spend around six months using it for everything from 30-minute commutes to five-hour mud baths, we’re ready to share our findings, so read on to see if the Merida Silex 700 is right for you.

Like the carbon models above it in the range, this Silex 700 comes with a geometry that sits more towards the mountain bike end of that spectrum. Its tall head tube and short reach combine to make for a bike that sits you quite upright. This is compounded by the short stem (80mm across all sizes), and the backswept handlebar – both of which are Merida own-brand products.

To put that in numbers, this size-medium Silex is a sizeable 41mm taller than Merida’s Scultura Endurance road bike, with a stack of 625mm. That’s only 3mm lower than the stack you’ll find on the brand’s Big Nine hardtail mountain bike. Reach numbers for the frame are 20mm longer than the Scultura Endurance, but overall the reach is shorter, thanks to a stem that’s 20mm shorter and a backswept handlebar.

It only takes a few hundred metres of trail to realise that it works. The taller stack puts the rider in a more upright position, shifting your weight back to a more balanced point over the two wheels, and that allows you to look ahead more easily, gain more traction with the rear wheel, and flow better. The reach is similar enough to road bikes that it’s familiar, but the long-reach-short-stem combination makes for more controllable handling in tighter, more technical situations, without losing the on-bike position that allows for efficiency and comfort over long distances.

The frame itself is made using 6066 triple-butted aluminium, with a press-fit BB86 bottom bracket. After a couple hundred kilometres, the bottom bracket developed a small creak under pedalling load, though this was easily rectified with a remove-clean-regrease-refit service. The cable routing enters the frame at the usual point on the shoulders of the down tube, and exits beneath the bottom bracket, with the gear cable and brake hose following each chainstay to their respective end destinations.

The frame and fork are dotted with mounting points throughout, further hinting to the bike’s all-day ability and thus, its bikepacking suitability. The fork has mounts on each leg for low-rider racks or extra bottle cages. The frame has the usual pair of bottle cage mounts on the inner triangle with a third point on the underside of the downtube. It misses out on a mounting point on the top tube (bento box position) and mounts for a rear pannier rack, but mudguards are catered for.

It comes with a full-carbon fork and a carbon seatpost, but the standout feature of the Silex 700 has to be the 2X 11-speed Shimano GRX 800-series mechanical groupset. Shimano’s gravel groupsets need little introduction, they have been around for a number of years and have earned widespread acclaim. I’ve been impressed by the Di2 version on numerous occasions, and despite being a cheaper mechanical version, this second-tier groupset impressed me just the same.

After almost half a year of being exposed to brutal winter conditions and regular post-ride hose-downs, the shifting is still impeccably crisp and the brakes are as powerful and light-action as the day they arrived, and most impressively, it has required no maintenance beyond keeping it clean.

The rest of the spec is mostly an in-house provision, with Merida branding appearing almost exclusively throughout, with the seatpost, saddle, bar, stem, and wheels being branded as such. The bike also comes with an under-saddle-mounted multi-tool, which is a nice touch.

Sadly, the bike’s choice of wheels doesn’t live up to the hype of the groupset. These are aluminium Merida Expert CX wheels with a narrow 19mm internal width and a shallow 24mm depth, laced with 32 spokes front and rear.

They are not only heavy but were a real chore to set up as tubeless, too. The bike neither comes with the wheels set up tubeless already, nor does it come with tubeless valves, so you’ll have to supply your own and, in my experience, the tubeless setup resulted in a number of headaches and profanities. Getting the tyres onto the rim was almost too easy, meaning the rubber sat loosely on the rim, and subsequently failed to seal, despite adding sealant, working it around the rim-tyre interface, removing the valve core and using one of the best bike pumps for the job, a tubeless charger. After building up the rim bed with several layers of tape and employing all the tricks I’ve ever learned, I finally got them to inflate, but even then they leaked, losing most of the pressure within a day.

Once riding, they worked fine, the freehub pickup is acceptably quick and they held speed well once you’d got them rolling, but their weight was noticeable when accelerating. For the purpose of testing, I swapped in a pair of Campagnolo Shamal carbon wheels for a few rides and this really helped the bike’s performance both off-road and on, reaffirming my feelings that the rest of the bike is put together well. As a result, I would recommend them as the first component to upgrade for anyone buying the bike – as is quite often the case for bikes at this price point.

There are a number of qualities that result from the bike’s high-front geometry, which I’ve already touched on above. The upright position helps with comfort and weight balance, while the long-frame-short-stem approach to the reach helps improve off-road handling whilst maintaining on-road comfort.

As part of the testing process, I’ve used the Silex 700 in all manner of rides both off-road and on. I’ve used it in multi-hour gravel rides in both dry and sloppy conditions; 30-minute hot laps around the woods near my house, easy road rides, hard road rides, commutes, and more.

In dry off-road conditions, it’s a bike that is happy to pinball through rocks and roots, and is forgiving of the poor line choices that are a regular reminder of my road cycling background. That forgiveness means descending is fast-paced and fun – a feature that’s perhaps helped by the bike’s near-10kg weight. In wetter conditions, the amount of grip I was able to get from the ground obviously deteriorated, but the Maxxis Rambler tyres proved their worth on many occasions, the wide tyre clearances help with mud shedding, and the balanced position combined with the 2X groupset meant traction was present and ample in scenarios far beyond the point that I’d expected it to give way.

Despite its weight – 9.89kg without pedals – it’s not at all cumbersome in how it handles but on super-steep climbs the bike’s overall weight does take its toll a little. Of course, the weight is on par with expectation for a bike of this price, with the similarly specced Canyon Grail tipping the scales at just 50g less, for example.

Exit the trails and head onto the road and the Silex continues to perform amicably. For much of my road riding, I swapped in a pair of Hutchinson Overide tyres, which are a little slicker than the Maxxis Ramblers, but are still absolutely capable (in fact, they’re very good) on hardpacked off-road terrain.

Sure, the Silex wasn’t setting the tarmac on fire with its acceleration, but it certainly doesn’t flex like overcooked pasta when you get on the pedals. Once up to speed, it holds it reasonably well, and it’s noticeably confidence inspiring during fast descents.

A probably-unexpected side effect of the bike’s geometry and spec choices is that it makes for a genuinely brilliant bike for getting around the city. The bike’s long wheelbase means toe overlap is non existent, the high position makes it easy to stay vigilant among traffic, and the bike’s off-road intentions are at home when navigating tight city turns and navigating through traffic. It’s far from the original intentions of the Silex platform, but versatility is a great asset to a bike, so there’ll be no complaining from me.

Overall, the Merida Silex 700 is a great bike for the price. As mentioned above, it would benefit from an upgraded wheelset, but it’s still an easy bike to recommend as it comes.

At first, the road cyclist in me baulked at the tall headtube and upright geometry but it’s that, in my opinion, that sets this bike apart. The way that it inspires confidence and control when descending, shifts weight to the perfect balance point for traction, and allows for long-ride comfort means the Silex 700 is fun to ride and versatile to live with. 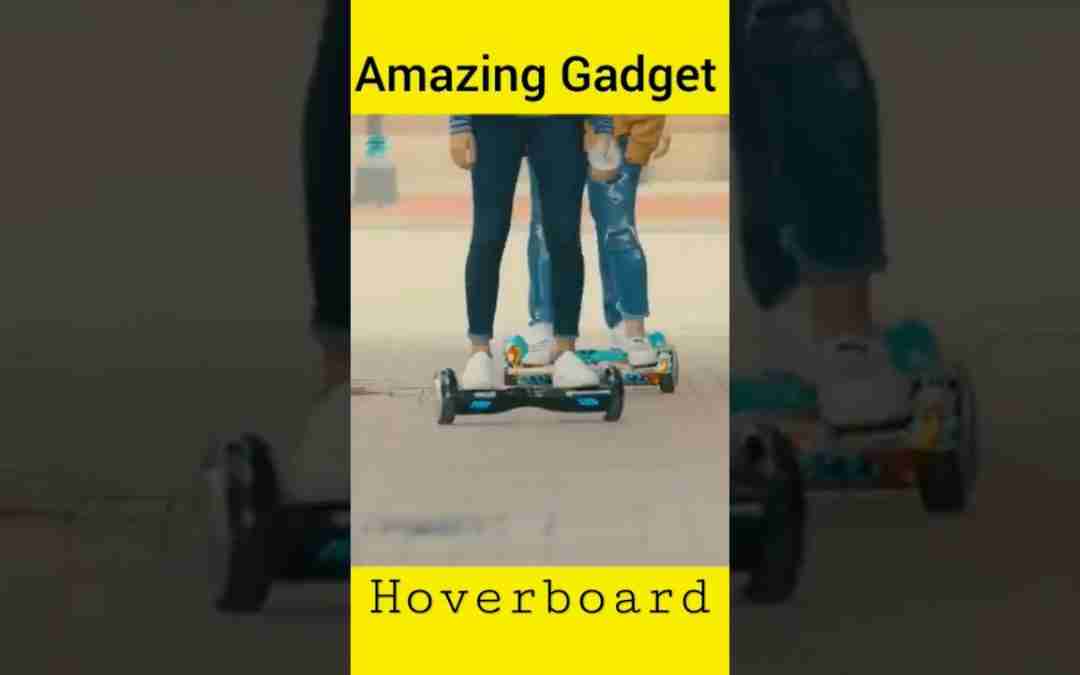 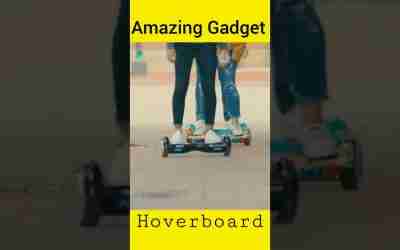 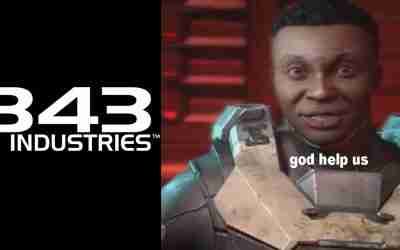 CRINGE WARNING: 343 Has a Confession