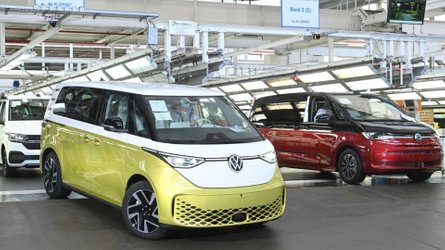 As automakers like Volkswagen Group join the list of car companies hoping to top Tesla in the future, software may play a major role. Recent reports suggest that VW is already working on an EV software-related joint venture in China, the world’s largest automotive market, and one where EVs are already quite popular.

Former Volkswagen Group CEO Herbert Diess, who appears to have a positive relationship with Tesla CEO Elon Musk, made it clear on a number of occasions that he’s impressed with Tesla, and it’s apparent what VW (and others) must do to attract more EV buyers.

Volkswagen Group – along with Big Three automakers like Ford and GM – arguably has what it takes to produce more EVs than Tesla. These companies have factories across the globe, and they’ve been successfully building cars for decades. VW Group has a long list of brands under its umbrella, which should also help.

Many of today’s top automakers, including VW, have already proven they can produce and sell compelling EVs. However, Tesla is much more than just an automaker. While traditional legacy automakers focus the majority of their efforts on manufacturing cars, Tesla is arguably a software and renewable energy company that has found much success selling cars, increasing margins exponentially, and turning huge profits.

In a perfect world, just about any automaker could follow in Tesla’s footsteps, though some have already proven it to be a very tough path to follow. However, focusing on research and development, with a primary emphasis on software, could prove to go a long way in helping global automakers successfully navigate the transition to EVs while giving Tesla some true competition.

With all of that said, sources with details related to the Volkswagen Group suggest that the company has plans for a joint venture in China for software production. This comes as no surprise since VW is already wrapped up in multiple joint ventures in China with the likes of JAC, SAIC, and FAW.

The potential project could require an investment of nearly $1 billion. The sources said to expect an official announcement from the automaker sometime next week. However, VW turned down a request to comment on the matter. All of its current partners in China declined to comment as well.

Some 40 percent of VW’s sales and around half of its global profits already come from China. Moreover, the automotive group is already heavily involved in new vehicle technology research and development in China, since the country is known to be on the cutting edge, beyond the current reach of the US and Europe.